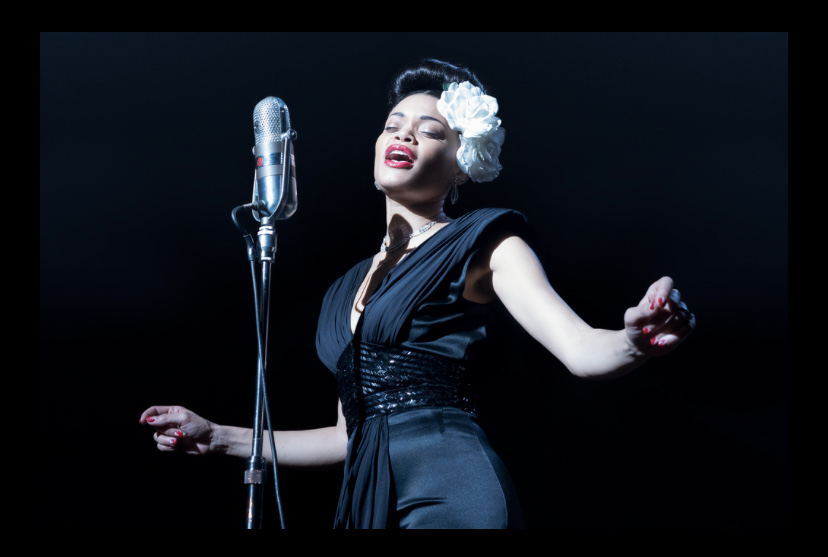 Andra Day snatched our souls with her riveting performance in The United States vs. Billie Holiday biopic.

Andra Day gave a riveting performance, and it’s no wonder she’s receiving all her flowers right now. Sis premiered into the acting scene with a bang!

Her awe-spiring deliverance of Jazz pioneer Billie Holiday will go down in history as an instant classic.

The film follows the final moments in the life of Holiday who faced persecution from the US government over her performance of the revolutionary protest song “Strange Fruit,” which highlighted the horrific violent events of lynching.

Andra Day’s hard work on screen shined due to the sacrifices and devoted efforts she made in preparation for this influential role.

In her interview with the New York Post, Day shares in her commitment to the role and how she took up smoking to tap into Holiday’s character.

“I’d never smoked cigarettes before,” she said. “Just starting out smoking, I was practicing with my acting coach …I was like, ‘I want some of your American Spirits. That first day I was drinking vodka and smoking cigarettes, and I went home and threw up, like, five times!” – Andra Day for New York Post

In addition to taking up the late singer’s personal habits, Day also challenged herself to transform physically.

She shares her weight loss journey of dropping 39 pounds for this role and the mental and emotional challenges faced during this experience.

“There was also the drastic weight loss—I was originally 163 pounds when I started, and I got down to 124. At first, I started by just shrinking my caloric intake, of course, and then exercising as well.

But honestly, I did kind of starve myself a bit when I was on set. I don’t necessarily recommend it, but for my character, I didn’t want my body to look like a gym body of 2020. It had to look like loose skin and parts.

That, for me, was important: having a body true to that period.” – Andra Day for W Magazine

Day put in significant work to honor the jazz legend and is now receiving much-deserved golden success as the second Black winner of the Best Actress in a Motion Picture – Drama with ‘The United States vs. Billie Holiday for the 78th Golden Globe Awards.

Her win marks the category’s first Black winner since Whoopi Goldberg in 1986.

Of course, she is a rising contender for the esteemed Oscars, but award or not, Andra Day will forever be viewed as the woman who masterfully embodied the role of Billie Holiday (sorry, Diana Ross).

She served us all and beautifully honored a legend. And she deserves all the flowers (and more) for it.

Getting Your Writing Game Up | Podcast

A Mouthful of Wisdom