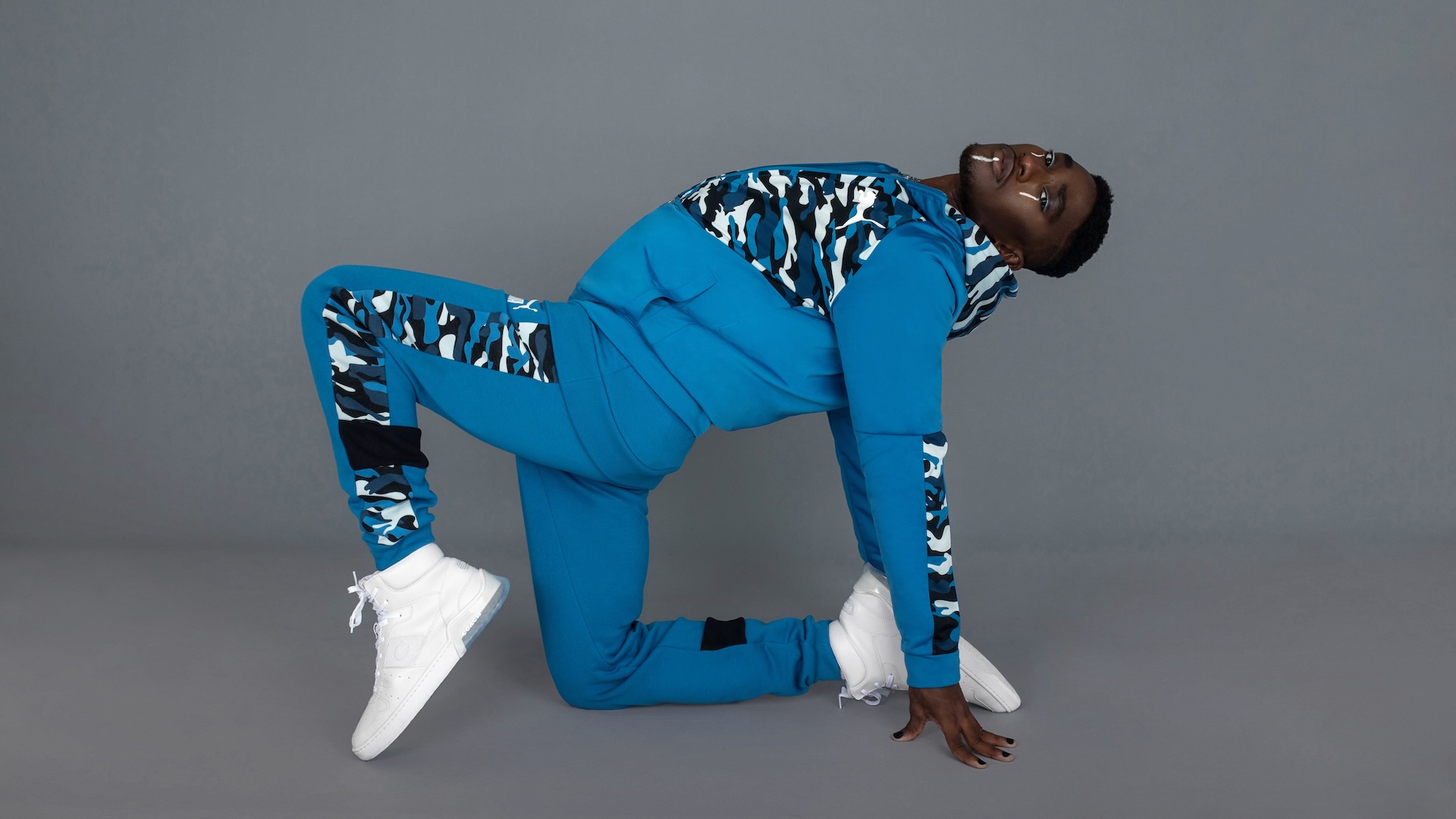 Pretty Boy Joy is the emancipation of imposed masculinity & femininity. Your true self may be censored. There is no harmony without empathy!

If you’ve ever been unfairly squeezed into a gender-box you didn’t deserve or want to be in, then you’ve been affected by a societal stereotype.

If you’ve ever been asked to abolish a part of yourself to be “more suitable”, you might have wondered why.

Why all these limits and the pressure to throw away a part of you that feels perfectly natural?

We are all vastly unique. And yet, in many ways the issue of imposed social norms is consistently downplayed. 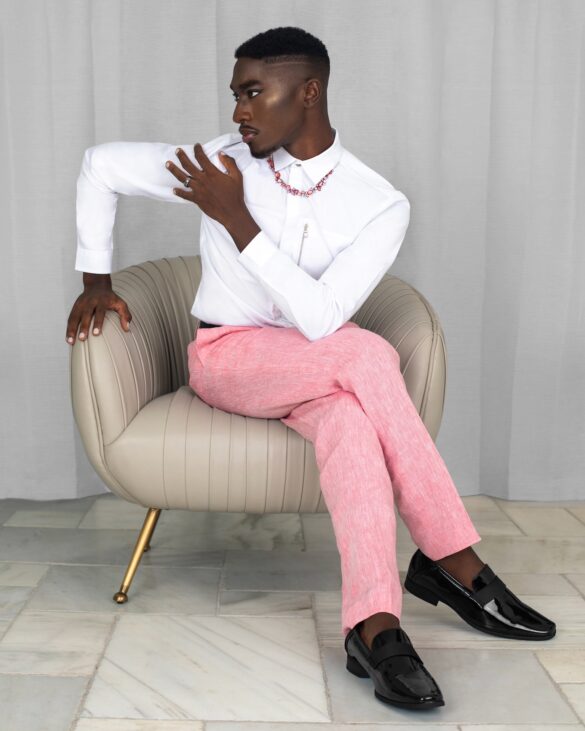 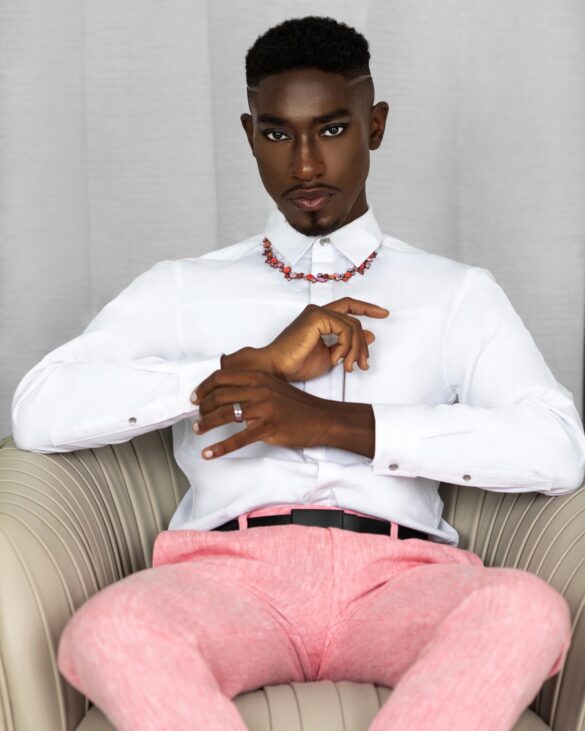 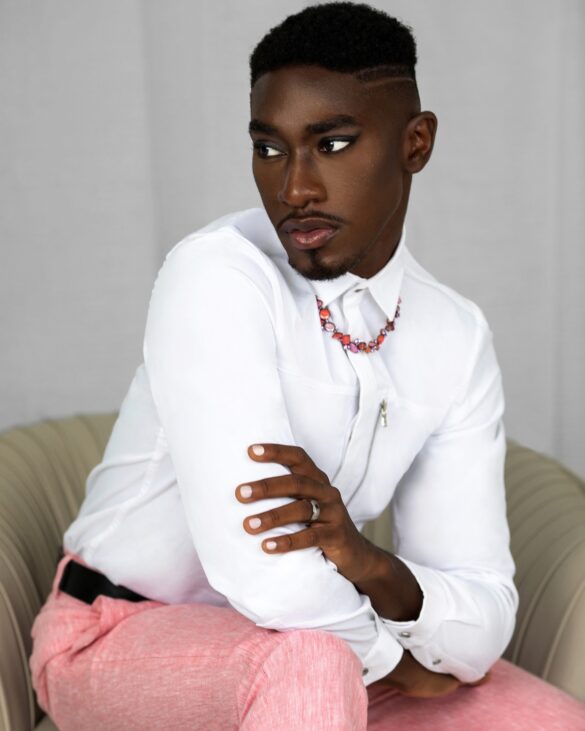 So, what are gender roles?

This kind of stereotyping refers to the practice of ascribing to an individual woman or man specific attributes, characteristics, or roles by reason only of her or his membership in the social group of women or men.

What Are Male Gender Roles?

Well, traditionally is it expected for men to be masculine, they are expected to display attributes such as strength, power, and competitiveness, and less openly display emotion and affection (especially toward other men).

Are there negative impacts to imposing gender stereotypes? Absolutely! Gender stereotypes shape self-perception, attitudes towards relationships and influence participation in the world & work.

In a school environment, they can affect a young person’s classroom experience, academic performance, subject choice and well-being.

Are We More Similar Than Different?

Society is quick to divide us into groups and generalize accordingly. Boys should love sports. Girls should learn to bake. Men don’t show their emotions. Women spend fortunes on their appearance – blah, blah, blah…

While a lot of people do fall into these categories, an equal amount of people don’t. And it shouldn’t be a big deal when they don’t.

We are always evolving. What’s widely accepted today, wouldn’t have been the case decades ago. Like female football teams, stay at home dads, women in military roles, men on the runway, etc.

And while we’ve made some big steps towards equality in the past, a large portion of society’s view of female and male roles still remains rather uptight.

According to the book “The Mask You Live In”, neuroscientists and psychologists agree that male and female brains are not that different after all.

Research shows a 90% percent overlap in the psychological construct of both genders.

Also, let’s not forget about the 1.7% of the population born intersex (born with both male & female sex organs). But I digress…

Unfortunately, as a society, we’ve developed extremes at both ends of the spectrum.

More people than we like to admit are affected daily by toxic masculinity and diminished femininity. This is a real and socially debilitating issue for many people.

Gender stereotypes projected on people from a young age may cause them to forcibly suppress parts of themselves, for long periods of time.

Often, at the exact age when self-discovery should be encouraged, it is instead suffocated.

The individual within suffers and this can lead to harsh behaviors in return.

Our True Self May Be Censored

Since the moment we are born, we are shaped and molded to fit in.

Most of us will have experienced gender-specific expectations being imposed on us by well-meaning others.

Whether or not they were a big deal to us at the time, some of them were annoying. Some limiting. Some even haunting.

And of course, it often feels good to fit in the narrative, too. For example, I cook dinner for my husband because I genuinely enjoy doing it.

He goes out and buys me things because he genuinely enjoys giving gifts. Period!

There are no socially imposed obligations being upheld in my household. We do things simply because we love each other.

Stereotypes Are Ok, When They Feel Authentic & Are Chosen By The Individual

It’s also understandable, why people would expect a gender to behave a certain way. We simply can’t help how we’ve been brought up for generations.

Sometimes we know no different or we don’t understand. Other times we cannot imagine how an entirely new concept could work in practice.

But things get tricky when people are expected, forced, or even emotionally blackmailed to follow these pre-printed scripts; regardless of how they feel inside.

So many people can’t chase their true dreams because something else has been conspired for them.

Many of us are also held back by our own presumptions about others and how we think others perceive us.

I’m also guilty of this. I once gave up on my friendships with men, because I had a lifelong history of failed tries and broken bonds.

So I subconsciously grouped all men together and put them in a box marked ‘Caution.’ For years that box stayed firmly sellotaped.

But then, meeting a non-binary friend completely opened my eyes and changed my life and perspective.

Can We Switch Off The Pressure?

The number of gender-fluid people is fast growing. In the UK, 1 in 250 people identify as non-binary. And it seems far removed from being just a trend.

Social media, blogs, and online hubs like Medium, have given people the space to share their stories far and wide. Which means more people have been inspired to address their own experiences with unhealthy gender bias.

For many, gender fluidity is a form of self-care & self-defense. It’s an escape. It’s a way to rip off the ear tags, and climb out of the cages we don’t belong in.

And even for those of us who are happy in our gender, taking some inspiration from the gender fluidity concept can be eye-opening.

It can help us be more considerate and open. We can guide our kids to safely explore their talents, and discover who they are, in an unconfined way.

We can learn to better support our friends and ourselves, when we do or crave things that are not considered ‘the norm’.

Because what is normal anyway? What’s normal to me can seem crazy to you. And we should be given the freedom to decide for ourselves.

Most importantly, we can move past controversy and discover the open-minded side of our mind (which most people do have by the way they just don’t excise it enough).

Then we can extend respect and offer space for people to feel more content in their own personhood.

“Controversy is a bourgeois pastime. Our deeds are our true arguments.” — George Orwell

If you resonate with this statement, then you already understand my conveyed philosophy perfectly, including the people who decide to live it.

I love the idea. I feel amazing as a woman but I have what’s considered masculine sides of me too.

And I want to be able to express those fully without being suffocated by any narrow estimates.

Equally, I want to be happy for people who have managed to find their way out of frustrations, or even traumas. I want everyone to be unapologetically themselves, or do whatever it takes to get there. (As long as it’s safe and healthy.)

Imagine A World Where You Can Choose The Labels That Work For You?

How would it feel if you weren’t restricted to fit in a box?

Who would you fancy if you weren’t told who you’re supposed to be attracted to?

What would you do if you weren’t supposed to become anything?

Allowing ourselves to be fully authentic is healing. Whatever your true authenticity is.

Many people’s true authenticity fits in perfectly with the mainstream. And that’s fantastic too.

Fluidity just means not feeling confined. It means navigating through this life as your own entity.

It means being free to choose whatever you want your life to be, and spend it with whomever you happen to fall in love with.

Regardless of gender, class, race, background or beliefs.

This attitude aids inclusivity for men, women including feminine men and masculine women, and everyone in between.

It helps us understand the comments one might find cheeky or innocent, can really hurt another. 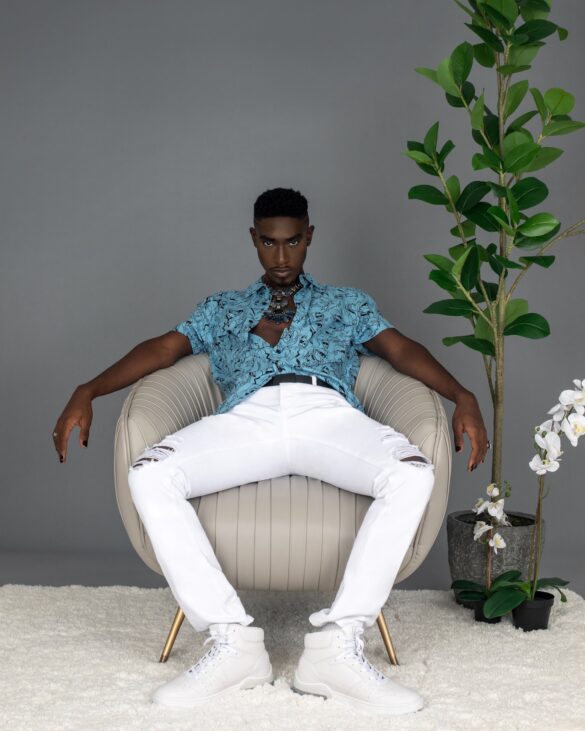 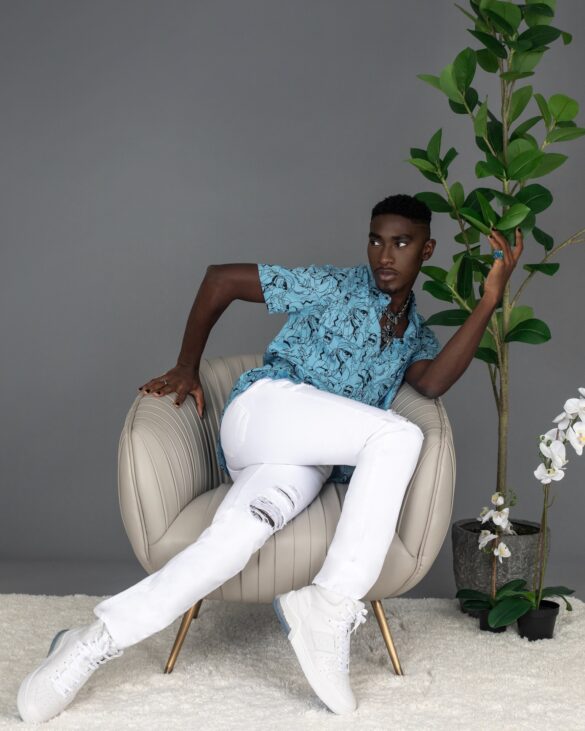 It means teaching our kids to be themselves, without enforcing what or who they should or shouldn’t like.

As parents, we make suggestions, offer guidance and protect our kids. But we also help them express their authentic sides and explore their own truth, on their own (healthy) terms.

Would There Be Less Toxic Behavior If People Felt Less Frustrated To Begin With?

For now, all we can do is love and support other people in their choices. Appreciate the courage and resilience it took to stand up for their truths.

And celebrate the freedom they’ve gained in return.

Yes, gender is real…But our complex, individual make up, that goes way beyond anatomy, is also real. How our unique Self feels as a person, is also real.

It’s totally ok to be comfortable in what’s considered a stereotype, if it makes you feel good.

It’s also ok to enjoy a wider range of possibilities, and we should encourage each other to explore them all.

No Harmony Without Empathy

Listen to other people’s stories and their perspectives, and imagine yourself wearing their shoes.

We can learn so much from each other. Staying open-minded, considerate, and equanimous, can sling open a surprising number of new doors.

In the past, I used to be too quick to judge. But who was I to be critical of other people, not knowing the first thing about their reality, and what they had been through?

For all I knew, if I was made to follow mainstream norms, I certainly wouldn’t have become Sophia Lenore. So I did a 180.

I learned to swap judgement for curiosity and rejection for compassion.

I realized that when we look at others, we are looking into a mirror.

We’re all trying to do the same; to be somewhat happy in this life, despite everything.

Offer freedom to others and you free yourself.