Last week, on April 24–26 2018, Colombia’s capital donned its best and most innovative apparels for the fourth edition of Bogota Fashion Week. Hundreds of models slicked their way through the runway, portraying varied styles of 43 Colombian designers.

Faride Ramos, Juan Pablo Socarrás, Mulierr, and Bettina Spitz were the designers whose collections drew most of the attendant’s eyes towards the runway at Bogota Fashion Week. Sunny colors, iconic neighborhoods of the capital, flora & fauna, hammock-inspired pigments, and unusual art performances modeled along the three days of BOGFW. 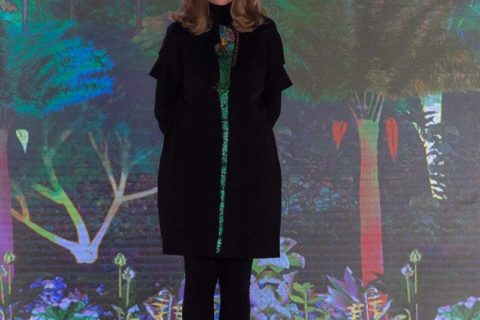 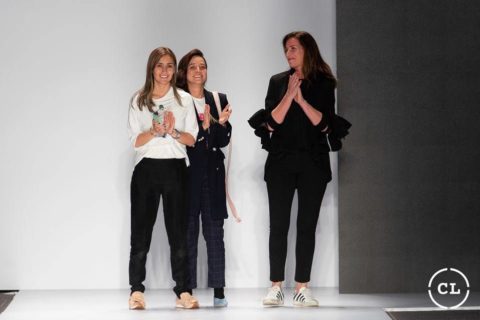 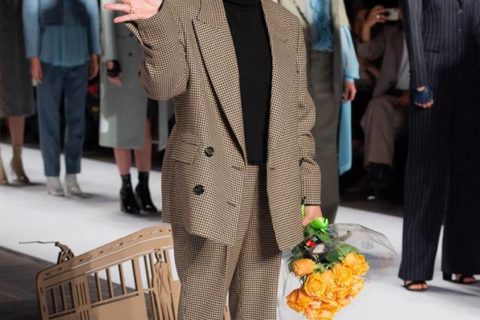 Faride Ramos paid Bogotá an homage, by stitching patterns and the names of the most renowned neighbourhoods to the mustardy-yellow two-piece suits.

In stencil, many popular faces of yore – dug from perhaps forgotten magazines, old newspaper records, and whatnot – posed their way in these suits as if, perhaps, the intention was to bring back the forgotten icons that helped to shape the contemporary culture of the capital, so the residents could have the chance to claim them back, own them, but in style, of course. Faride Ramos

The Germano-Colombian Bettina Spitz, who is known around the scene for her classic designs, surprised the cameras and the gazes of the guests when the models posed her new collection inspired by the flora & fauna of Colombia in a clear intention to seduce a different public.

Her mixture of various hues and textures was welcomed by the Latin woman who wants to show her roots to the global public but now can do so in sophisticated clothes. Bettina Spitz

The social-conscious brand, Mulierr, which works along female heads of household and vulnerable communities astonished the guests with a performance of models portraying masks of cats and rabbits.

Immediately afterward, the other models that were wearing the garments took the runway posing in two different locations for the benefit of the attendants and photographers who wanted a closer look at the clothes.

The directors of this brand, Lorena Cuevas, and Paola Tarazona, showed a collection that had iridescent colors and glitter in the wooly fabrics found in their jackets, vests, t-shirts, skirts, among others. Mulierr

Finally, Juan Pablo Socarrás had the privilege to close this edition of Bogotá Fashion Week with his collection “Las Costuras del Alma” (“The Seams of the Soul”). In this case, he was inspired by his ancestors and the work he has been carrying with indigenous communities and reintegrated ex-guerrilla fighters.

This year’s edition of BOGFW was a success. We had the opportunity to be with Nina Garcia as the ambassador and see more colorful even mixed with varied textures and an always conscious token of respect to each designer’s roots.

This opportunity was a great showcase that explains why the world is looking towards Colombia’s fashion.

I hope you have the best day ever,

8 Beauty Tips Every Guy Should Know

KONPLOTT: Handmade Jewelry by “The Queen of Color”