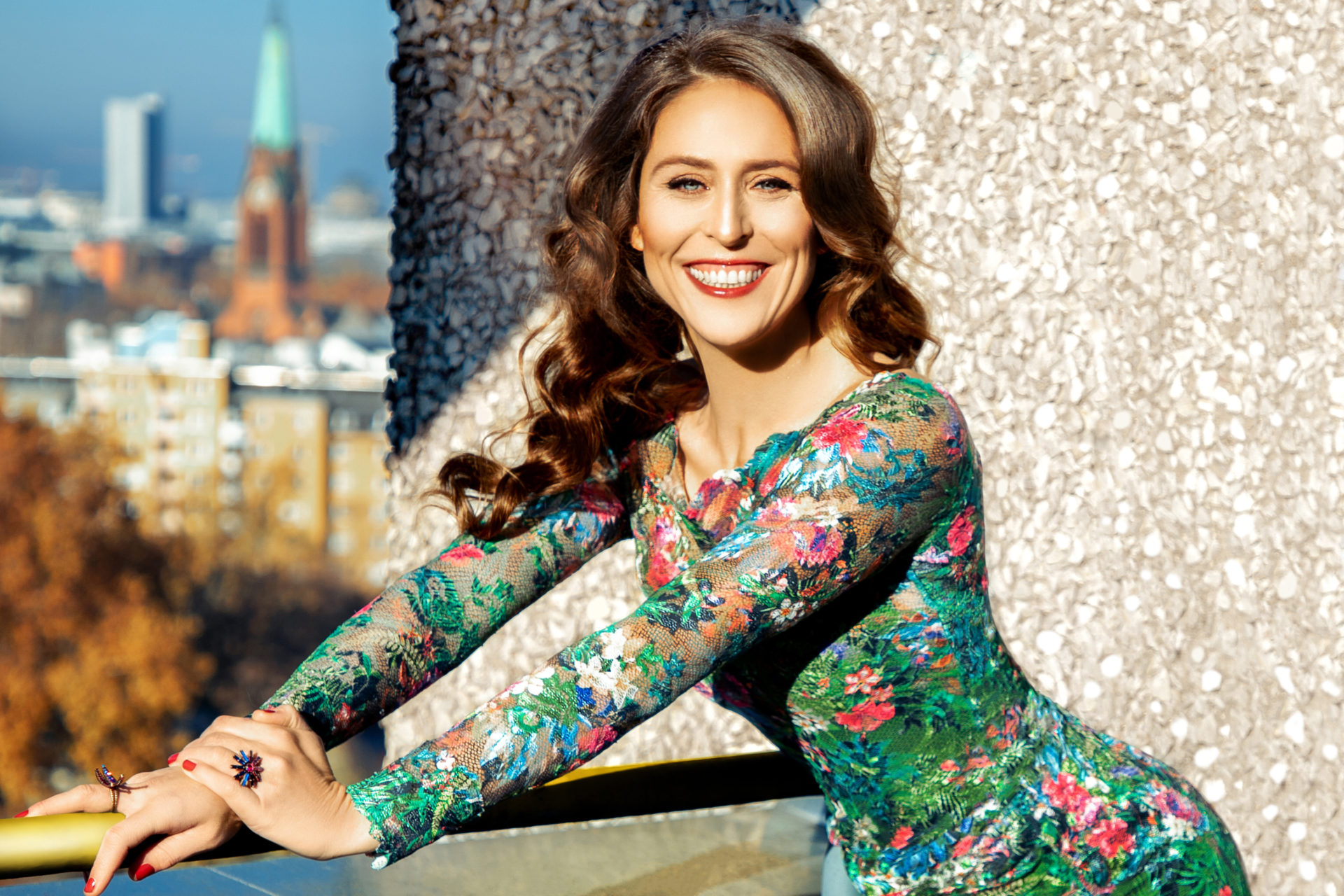 Britta Steffenhagen: Her works & life in remembrance of our once favourite nighttime family entertainment, The AbendShow.

I’m sure the few of you that do remember the evening telecast, the Abendshow run on RBB TV, just as well remember the quirky, funny and witty show co-hostess Britta Steffenhagen.

You would be with us, if we said the life and soul of the show piggybacked on Britta’s humour and show performance.

As much as we were sad to see her leave the show, we were more disappointed to watch Britta taken off even before she could say good-bye and replaced with two other hosts who couldn’t quite meet up with Britta’s vibe.

We reserve today’s session to probe your sight with the life of the lovely Britta, in remembrance of our once favourite nighttime family entertainment, The AbendShow.

Britta receives acclaim majorly as a German voice actress, voiceover talent and radio journalist. Britta’s voice could be heard in quite a number of audio productions like:

and many more. Britta could be be found on Radio Eins since 2011 as a presenter and an editor as well as a radio hostess on the kid’s radio station, Radijojo.

Britta is a bigger name on the screen, featuring on movies and TV series alike since 2004, appreciated largely for her iconic roles in Torchwood, Life and Stargate Universe.

She had been featured on a heavy list of roles, a few of them namely to be:

She is famed for her castings in the TV series roles like:

Aside her work on the screen, Britta has also been seen on the grounds of the theatre including Young Theater Bremen and Heimathafen Neukölln.

Britta Steffenhagen was born in Berlin, Germany, growing up in Schöneberg and Friedenau. She graduated with a degree in Political Science studying both at the Free University of Berlin and in the Trinity College in Dublin as a DAAD scholarship holder. She lives in Berlin.

Britta Steffenhagen: We Want Her Back…

Britta is undeniably an unmatched talent as her work has proved out to the world. Her versatility in her skills makes her an attraction to a wide spectrum of audience large and wide.

Having said that, we also would like to make it the public voice that Britta has been greatly missed on the Abendshow which had been a routine part of everyone’s evening chill life.

If Rbb station do take a stand to restore the show on air, with the original hosts in stride, we as the viewers would declare that we would be so down for it.

Britta will always be a household favourite to the young and the old alike, bringing a room full of laughter and ambience along with her to her work. Britta, we love you.