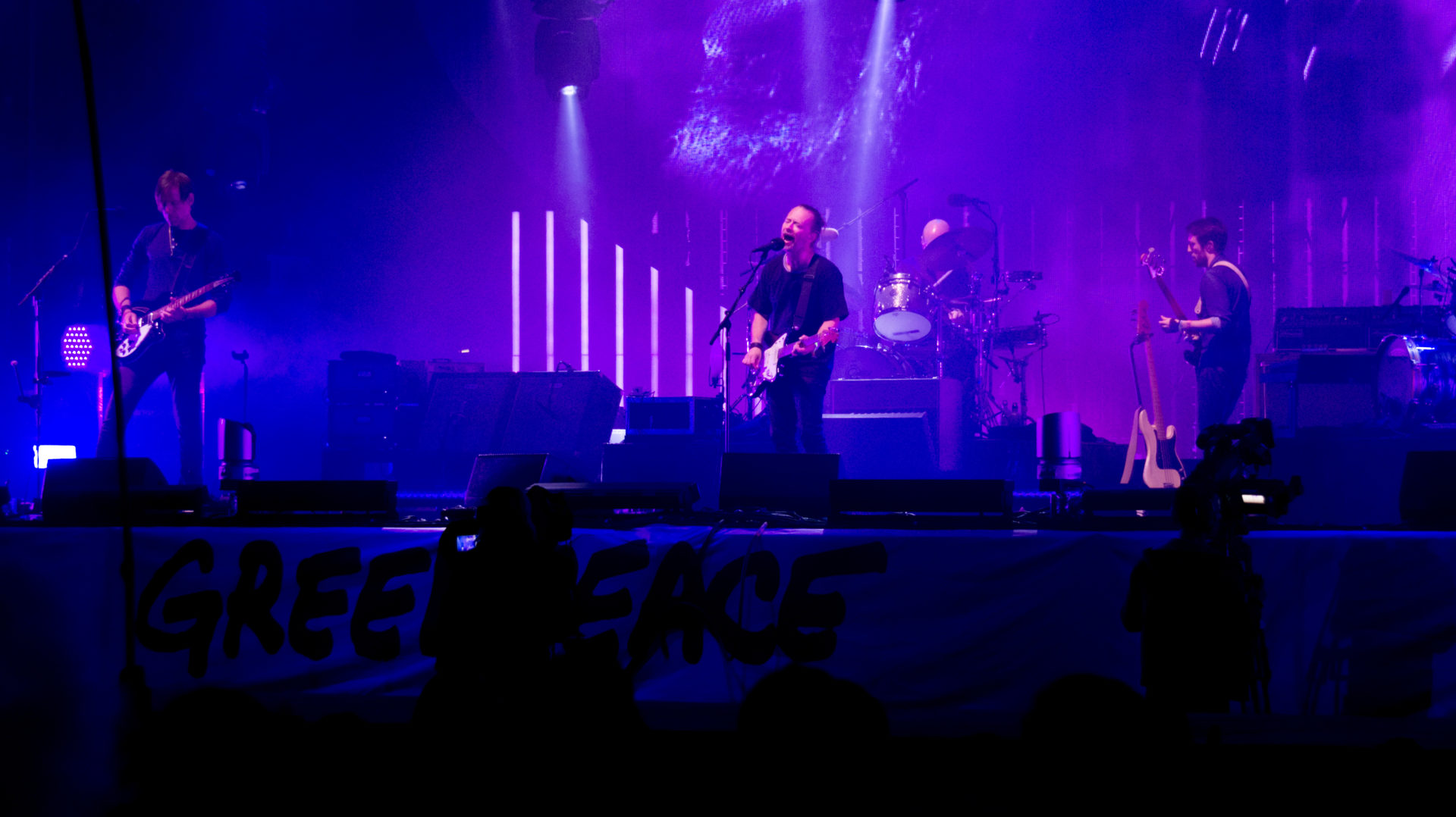 For the first time, on the 25th of April, Radiohead is in Colombia as part of the lineup of the Soundhearts Festival. Bogotá is the last stop of this tour, but the British band isn’t the only one to come. Sharing the stage before them were Junun and Flying Lotus. The three bands share a commonality in their ever-present yet the different application of the electronic sound. 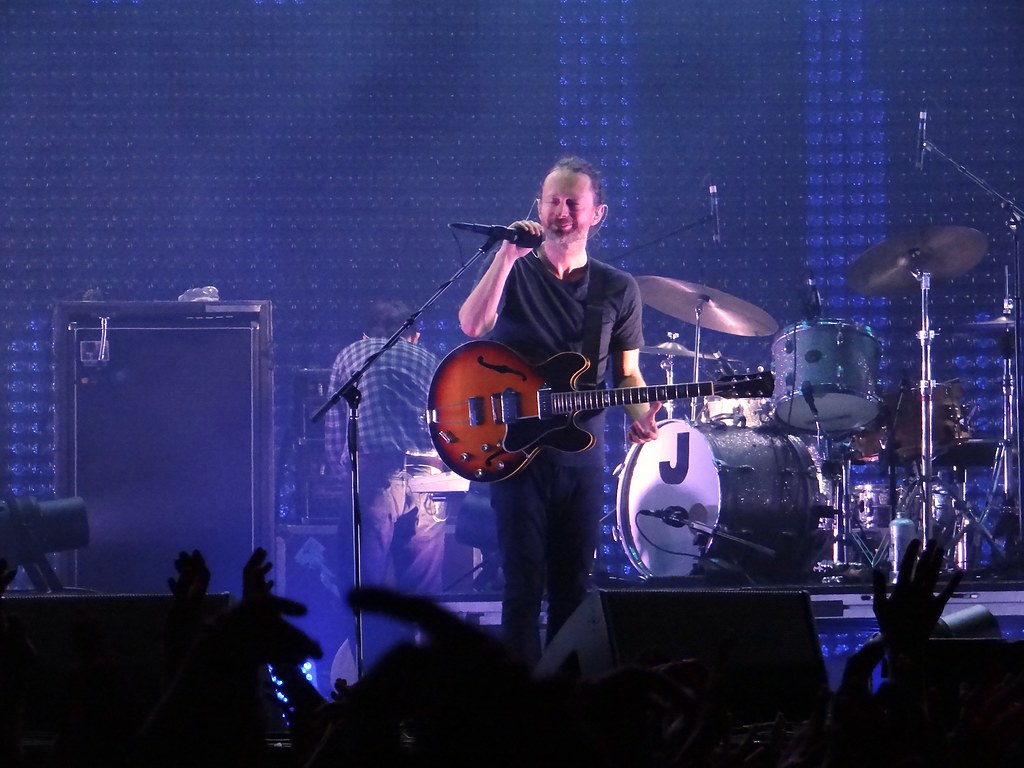 For those familiar with late Beatles member, George Harrison, Junun is a similar huge ensemble of Indian musicians that the ex-Beatle used to sponsor frequently.

But tonight, it’s the Rajasthan Express, accompanied by the Israeli composer Shye Ben Tzur, and the English composer and Radiohead guitarist Jonny Greenwood.

For this big crowd of Colombians, it is a new and great opportunity to get familiar with this type of Indian sounds.

On the other hand, if you think that jazz is moribund and you can only find it live in the rooms that the film La La Land romanticizes then you’d be wrong. Jazz is not dead, but it certainly has transformed.

Flying Lotus is part of the evolution of the genre. In a set that combines Hip-Hop, Techno, IDM, Boogaloo, and Dubstep John Coltrane’s nephew has shown tonight his dazzling talent to a monstrous audience of confused faces that’s mellowing to the eccentric beat, but can’t figure out what they’re experiencing.

It’s true. Colombia hasn’t had much exposure to this Nu Jazz, Jazz Fusion, or experimental music in live sets, much less to a huge public like the one tonight, but Flying Lotus sure left an impression that will light curious minds to open their tastes and dig for more.

But even throughout this cold and cloudy night, a couple of sets of music the audience was not familiar with, and a previously agreed change of venue due to the severe rainy season we’re currently amidst, the high-spirited crowd is maintaining well its excitement for the front-liners.

Thom Yorke’s band is finally there. On stage. For the first time in front of this South American audience! 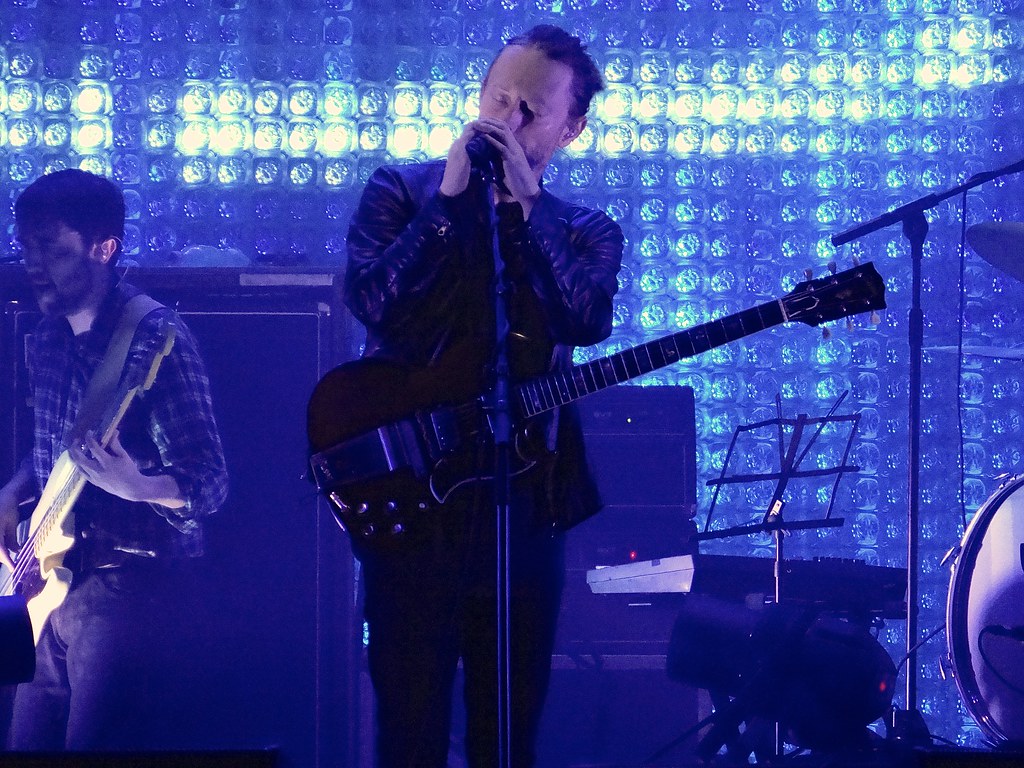 Radiohead didn’t start with a bang – as rock concerts tend to do – but with the slow piano arpeggios accompanying the singer’s soft voice during “Daydreaming.”

Perhaps that’s what the monumental crowd of fans is feeling like, enraptured while having them before their eyes at last.

The final verses of the lyrics of the first song of tonight’s set is a clear message to the fans, “We are / just happy to serve / you.” 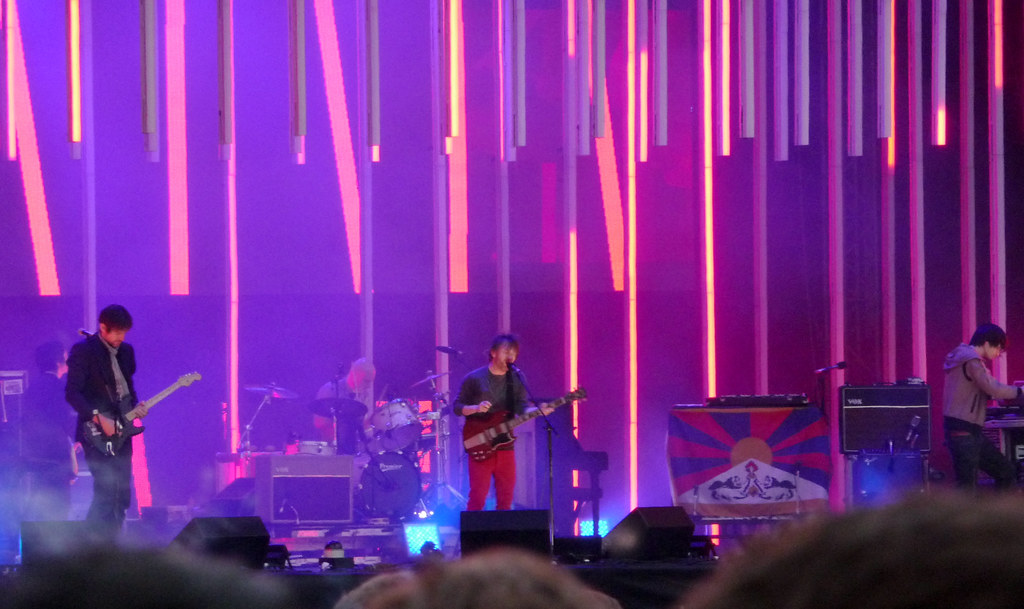 With songs like “All I Need”, “Bloom”, “2+2=5”, and “Lotus Flower” the crowd is going wild, paying not much attention to the pouring rain that started falling by the middle of the set.

It’s very pleasing, in today’s age of playback and autotunes, to listen a band plays this tight in front of the audience.

After more than two decades, today Radiohead still proves to be one of the most important and relevant bands that care to play their songs well, with great care.

That’s a wonderful token of respect to any audience. The engrossment of the fans in the show is a real testament of this.


As a way of giving major props to tonight’s great audience, the band ended their set with crowd pleasers that weren’t performed the previous dates of this tour in Buenos Aires, Lima, Rio de Janeiro, and Sao Paolo.

Songs such as “Creep,” “There There,” Paranoid Android,” and “Karma Police” brought massive joy to the Parque Simón Bolívar venue and gave an appropriate close to this wonderful short tour.