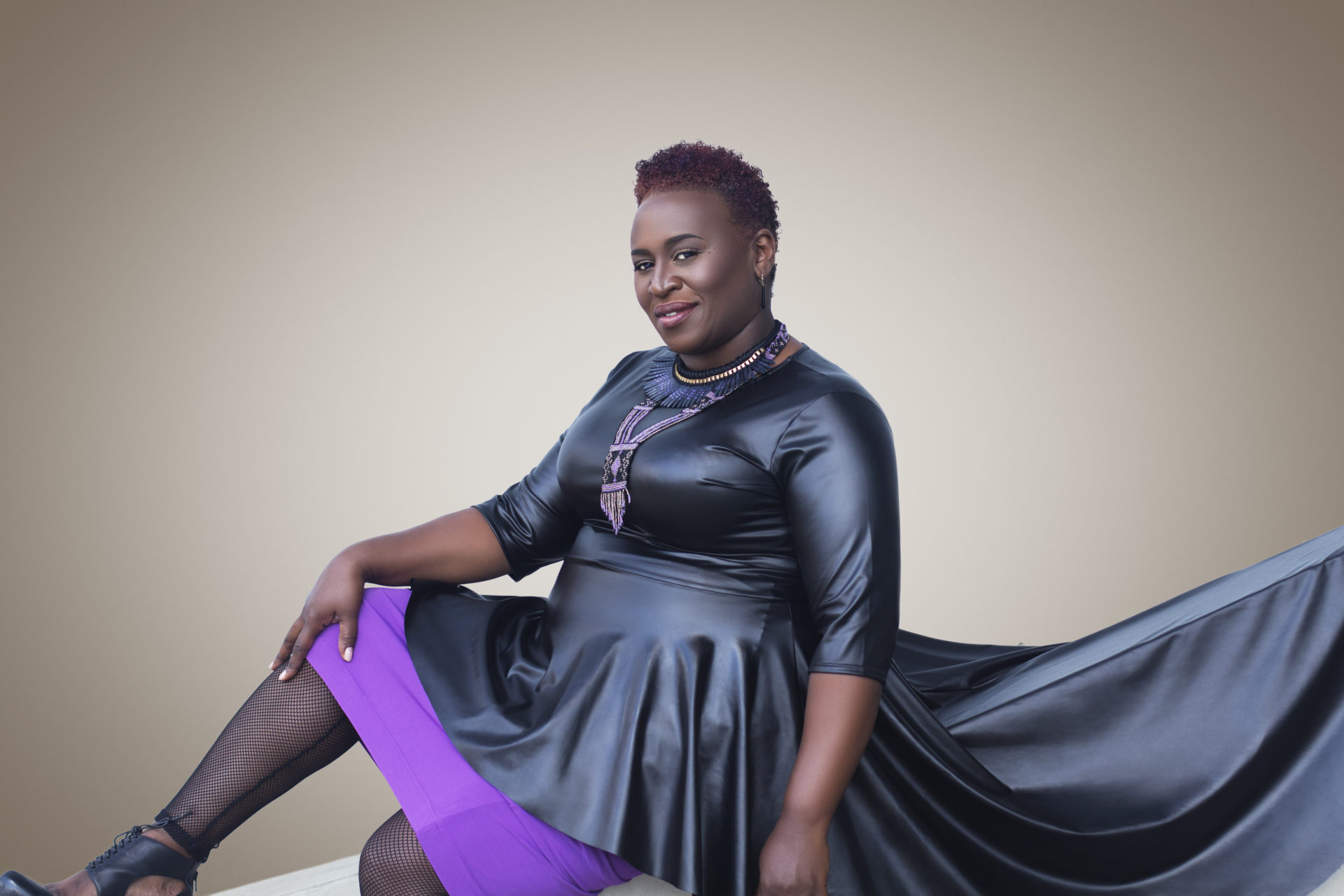 Sophia Lenore: I’m just going to do a little bit of a background for those people who live under a rock. Who don’t know who you are.

Yet you have traveled the world singing and performing with several international stars of notes, such as Bette Midler, Cissy Houston, mother of Whitney Houston, Tramaine Hawkins, Shirley Caesar, Dorothy Norwood, the James Last Orchestra and Delle from seed for their “Before I Grow Old Reggae Music Tour”.

I didn’t know you do Reggae?

Ingrid Arthur: Listen, I didn’t either. I’m the one who sings and given the chance, I would give it my best. And he liked what I had to offer.

Sophia Lenore: I didn’t know you dabbled in Reggae.

Sophia Lenore: How many genres of music have you mastered besides Gospel and now Reggae?

Ingrid Arthur: I mean, I do a little bit of Jazz. I’m not a Jazz singer 100% but I do love to tap into it. During this pandemic, of course, I learned a little bit more about Jazz but I’m more Soul, Funk, Gospel. No opera. Opera is too deep for me, I can’t do Opera.

Britta Steffenhagen: I grew up in Berlin with quite a few good Gospel songs there. You performed in Schoeneberg, no? I was 10 at the time, changed my world!

Ingrid Arthur: Gospel is really loved here in Germany. Should I say in Europe, you know, but I do know that Germans here love it.

They don’t, to me, connect with it always, you know, to what it’s about and connect it to their everyday life but, you know, once they get into it and they learn songs other than “Oh Happy Day” and “This Little Light of Mine”…

Ingrid Arthur: Then we can work with something honey. I’m like, I’m not coming here to teach nobody “This Little Light of Mine” and “Oh Happy Day”. I’m not doing it.

Sophia Lenore: Oh my goodness. Everything except “Oh Happy Day”.

Ingrid Arthur: Yeah, yeah and I don’t mind singing it. I’m just not gonna fulfill my workshop, learning “Oh Happy Day”. I’m not gonna do it.

Ingrid Arthur: This is what I learned about divine order. I was in New York City doing “Melbourne Wilson’s” open mic on Sundays and “Sylvia’s” also.

This man from Maryland, I think by way of North Carolina, but he lived here and his family over here in Germany, where they were in town visiting and he came in and I was just singing, entertaining, and after that he asked me, told me his name, Mr Bob Singleton and he asked me “would you like a chance to go to Europe, you’ve never been”.

I said, oh my gosh, I’ve never been. You know, at that time, I had, listen. I had just gotten fired from Citibank and my girlfriend Melba really talked me into doing her open mic and it was just it was all divine order.

And I came over here for about five or six years. Then I went back home after that back and forth with Bob Singleton, bless his soul, he’s now passed on and I packed up and left New York City.

Britta Steffenhagen: That’s it. You are part of the club, baby.

Since you’ve lived here for so long and now we have from America the whole identity debate and stuff…Have you heard a bit about that and what’s your idea on that?

I think it’s quite important, also in Germany, but I mean that as we have not that many Black people living in Berlin.

Ingrid Arthur: Well, you’d be surprised at the people that are living here, that are Black Americans.

Britta Steffenhagen: I know, I know those numbers but to compare it to Arabs or Turkish.

Ingrid Arthur: I think a lot of retirees decided to stay here after they finished their work and they stayed here with their families or just stayed here because it was better here living, you know, to be honest with you because there were many times when I could have packed up and left and go back to Georgia but I’m telling you when I go home and visit, it’s like just enough for the month or two that I’m there.

It’s just enough and I come on back to what I’m calling my “peace”, you know?

Britta Steffenhagen: So that is Berlin for you?

Britta Steffenhagen: Oh, I like, that’s very very nice for Berlin, a third generation to hear, you know,?

Sophia Lenore: I do the same because I’m also from the U.S, living as well in Germany and I know what you mean by just enough. Then I’m back to Germany.

And here it’s probably because I don’t know the language as well as I like to know it. However, I do have friends enough and we talk about what’s going on here in Germany but slowly but surely I think it’s going to become radical, just like America.

I really do. I think it’s going to become, you know, I don’t want to speak ill because I’m living here but slowly but surely we’re going to. It’s hard to talk about racism here.

They say that it’s hard to talk about racism here. They don’t think but I’m telling you, it’s here. I’ve experienced it…listen, I was never called the n word in America but I was called it here.

Sophia Lenore: I see and we just interviewed Dr. Karamba Diaby who is actually a Black member of parliament that no one in Germany really knows exists.

Britta did a great street interview with people asking them “would you elect or would you have a problem with there being a person of African descent or Black, who would be in German parliament” and some of the responses of that interview are amazing.

Some of the responses you got, Britta, were just staggering.

Britta Steffenhagen: Well you know as as a left-wing whatever, our actress, you tend to think we don’t have problems with gay issues or / and racial issues and all that and then I hear from my friends and it’s, it’s amazing.

Actors of African descent still have problems, especially my age, since I’m not that young. It’s getting a little bit better but I know, I know…it’s hard work.

Ingrid Arthur: It’s a lot of things as far as what we do, as entertainers do here in Germany. First of all, the only thing that we, we are just Gospel singers.

That’s about as far as they’re going to take it. They’re not going to take me as a glamorous Black woman, who can entertain the hell out of people on stage, you know. They won’t give me…I’m not saying they won’t because I’m working on it now.

I’m trying to get the platform of where I’ve never seen me. Now, I’ve always been with someone, in the background, and I don’t mind being there but I’m definitely a front person.

So now I’m trying to work on getting that platform for me because I want to be somewhere like the Arena, for two weeks and three weeks performing. I’ve never seen somebody like me, Black, on stage there holding their own show.

Ingrid Arthur: I mean specifically in Germany, Berlin, where I’m living. I’m trying to get on a stage, where I’ve never seen us before.

I don’t want it to be where I’m backgrounding somebody, I’m more than that.

Sophia Lenore: And that’s so interesting because I also noticed that even with current touring artists. There aren’t that many that are coming to Berlin and I would say Germany.

For example, Beyonce came for the “Miss Carter” show and I was there for that and I think I was, I want to say three years ago, but something occurred and then she doesn’t come back to Berlin.

The ‘On the Run’ tours, plural, that she’s done with Jay…they don’t come to Berlin. They go to Munich and Stuttgart and everywhere else so I was just…I did kind of notice that and I was like do you think that plays into what you just mentioned in terms of a woman of color not being Gospel, which is that box, that you, that I think maybe people kind of put people in?

Britta Steffenhagen: Yeah, I think that is almost sure that’s a money question. There’s no money, not as much as there is Munich.

Sophia Lenore: I was wondering, again…you don’t believe that?

Ingrid Arthur: Yeah, yeah but it’s so much, it’s so much that can be, that could be done, as far as getting the help, of getting the runway of seeing us more than just a Gospel choir and background singers.

Like recently, about three or four years ago, as I started the the “Gospel Voices of America”…I did that simply because whenever I’m asked to get people together, they specifically ask for Black people…

okay…now, I don’t know why they think all Black people can sing. I know, I have to hunt. So then, I get these people together and then we’re just known as the Gospel choir or the choir.

I’m like, no we gonna be a little bit more than that. So I need to go ahead and patent this name “Gospel Voices of America” and put it out there.

So as you know, we recently, about a year ago, before the pandemic, I was doing a Sarah Connor video…you see that video and I, again, I got the last minute call for Sarah Connor…yeah, that was awesome.

And they specifically wanted Black people, a Black man. So I was like, well, we have a name, we are going to use that name.

You know, I had to get into it like that and luckily I was blessed that she had given me the opportunity to share the stage with the other singers that I was able to put together with her.

And she gave us a little leeway of saying “Gospel Voices of America”  instead of just choir. So, I really like being behind the scenes sometimes, for sure. For one, I look great do another chapter of my life.

Pass The Crown: The Future Of Fashion Belongs To Black Designers