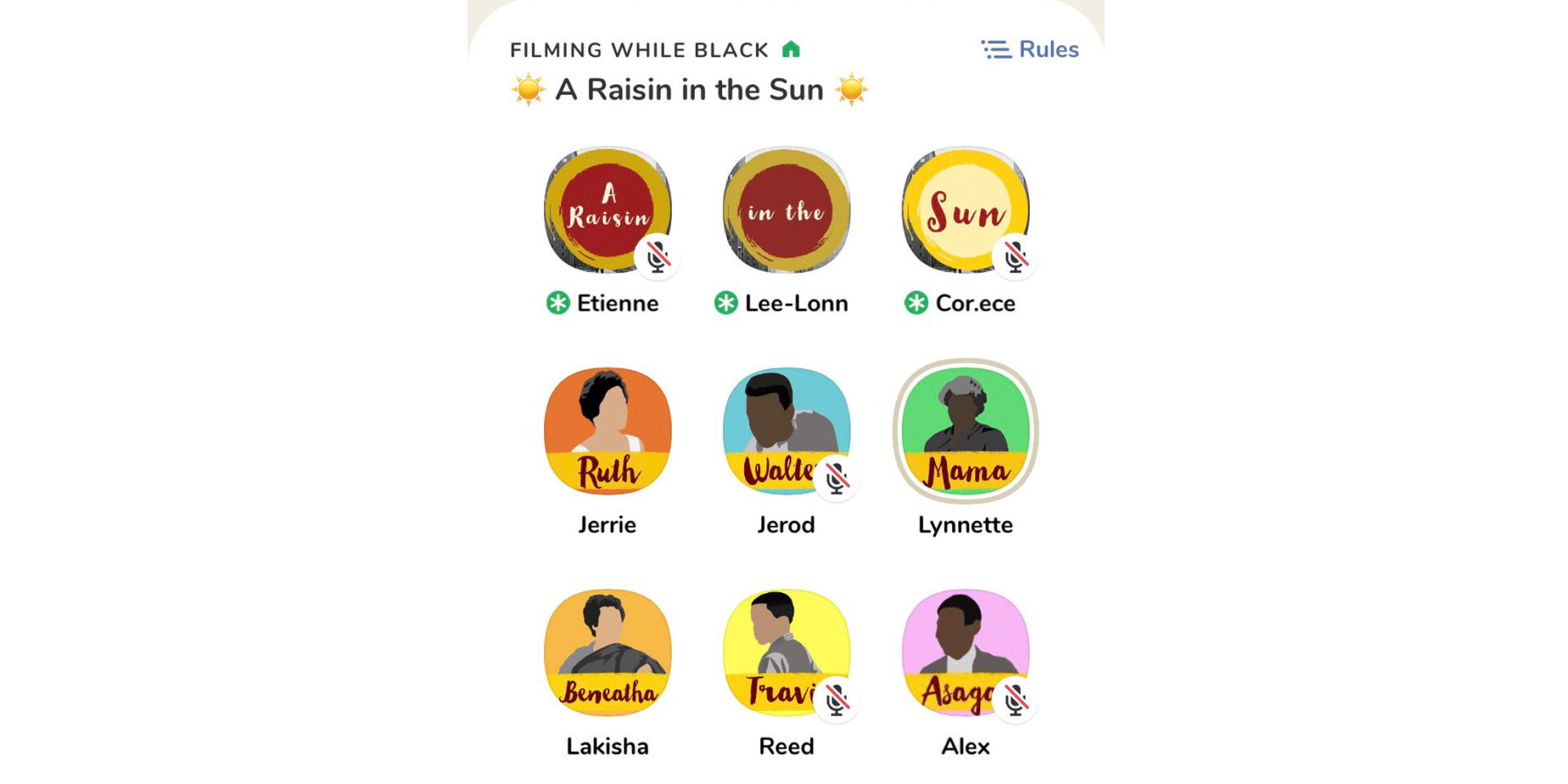 “A Raisin in the Sun”: Another phenomenal theatrical production kicked off Black History Month on the popular Clubhouse app, with a live (audio) adaptation of the Lorraine Hansberry classic.

The production was presented by the Filming while Black club on Clubhouse; the largest film, tv, and theatre group on the app, with over 5K members.

‘Raisin in the Sun’: Black Creatives

Etienne Maurice (son of the legend Sheryl Lee Ralph) led the production as the executive producer, creative director, casting director, and narrator. The cast and crew were pulled together by a phenomenal team including:

Lee-Lohn the musical voice behind Simba in the LionKingCH production, served as the production’s sound engineer.

Corece Smith shined as the Music Director and Priscilla Perry delivered as the composer and instrumentalist powering the musical sound of the production.

Imagery illustrations for the visual PTR storytelling were created by Antonio Knox.

Sheryl Lee Ralph opened the production with a recited rendition of the Langton Hughes poem, Harlem (“What happens to a dream deferred?”).

The productions on this app, just keep getting better and better.

From the sound design to the voice acting, and PTR (pull-to-refresh) imagery, this was such a therapeutic experience in a time where the in-person theatre experience is non-existent.

“#RaisinCH was a powerful performance! I’ve seen the play on Broadway and the film, but being able to only listen to it and PTR hit different! Shoutout to the cast & crew for executing this vision in such a dynamic way.”

@taliagirl expressed, “Black creatives are making a STATEMENT in this new audio theatre platform! The THINGS WE CAN DO!!” and @mercedesmb9 tweeted, “You can hear all the emotions in the voices. This is great acting.”

Award-winning filmmaker, Tracy ‘Twinkie’ Byrd shared her joy and admiration for the production to the cast during the live interaction with fans.

If you would like to support the work of these creative artists (and you should, if possible), you can contribute to the group’s cash app at $filmingwhileblack.

The proceeds for the production will all go to the Lee Thompson Young Foundation, dedicated to erasing the stigma about mental illness and promoting awareness through evidence-based education.

What a great way to kick-off Black History Month and there are more productions in store for the month. I for one cannot wait to continue to experience the (creative) magic of my Black brothers and sisters.

Turning Your Pain Onto The Pen