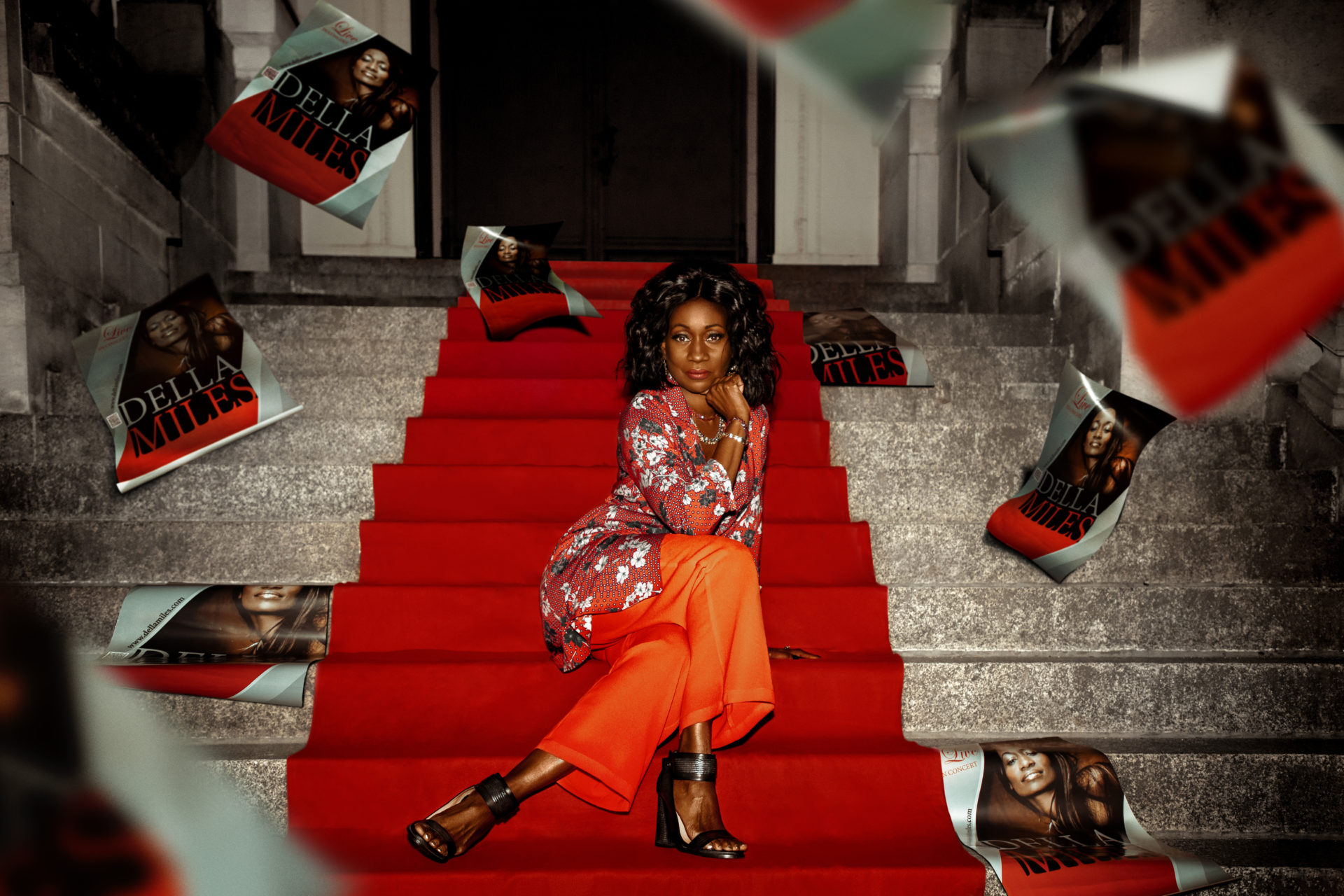 During Della Miles’ interview find out the five things she can’t live without, what motto she lives by and what’s the best song she has ever released and why.

Sophia Lenore: What drew you into the music industry?

Della Miles: My influence came from my mother who was a great gospel singer.

Sophia Lenore: Who are you inspired by?

Della Miles: My biggest musical inspiration was Whitney Houston and groups like Aerosmith.

Della Miles: Well, actually it is quite simple. I don’t push or force any creativity. When i am inspired i will write no matter where I am. When I choose to sing a song I do not write until I research music, or until I feel my interpretation is original.

Sophia Lenore: What’s an average day like for you?

Della Miles: At home I am not an artist. I live life with typical duties of a mother. I enjoy cooking and setting the table for dinner even if it is for only 2 people. At home I like to clean and wash my own clothes. Only when I come off the road I would appreciate having my house cleaned and waiting for me.

Sophia Lenore: Please discuss how you interact with and respond to fans.

Della Miles: I try to interact with fans who contact me with requests. I enjoy My fans and some fans turned into friends. Of course this is not possible for all fans. I also need my privacy as we all do.

Sophia Lenore: What is your favorite part about your line of work?

Della Miles: My favorite part about my work is knowing that someone left my concert feeling better than when he/she came…I am about making people feel good.

Della Miles: My least favorite thing about my work is all the RED TAPE AND BUSINESS that must be taken care of before I can work.

Della Miles: All the preparations before my concerts are not easy to handle. However, I have great management who protects me and has my back, but it is in my nature to also know what is going in my camp. Sometimes the industry is tough and not so nice.

Sophia Lenore: Have you ever dealt with performance anxiety?

Della Miles: 10 minutes before every concert I have performance anxiety. I think it is normal and healthy.

Sophia Lenore: What are the five things you can’t live without?

Della Miles: WOW!!!!!  Actually I grew up in a family of 6 children so I learned how to live without. I am very far from being materialistic and if I don’t get what I want in general, I can choose to move on.

Sophia Lenore: What is you favorite song to belt out at a bar, in the car, in the shower, for karaoke?

Della Miles: I guess I am a bit boring because honestly I’ve never sang in a bar, in the car, or in the shower. However, karaoke is my favorite thing to do…I love to sing: HOTEL CALIFORNIA

Sophia Lenore: Ten years from now you will be….

Della Miles: 10 years from now I hope to look back and say I was a poor girl from Houston Texas that travelled to Europe and took the world by storm.

Sophia Lenore: For our readers who have never heard your music, explain your sound in 5 words:

Sophia Lenore: If I was to turn on your ipod right now, what five artists/songs would I see on your recently played list?

Della Miles: EMPTY. I don’t listen to music at home because it reminds me of being at work and like most people I don’t bring the office home. I block time to listen to music.

Sophia Lenore: If you could open for any artist on tour right now who would it be?

Della Miles: Actually, at this point in my career opening up for a big artist would not be the best thing for my brand. I’m old school. I like to slowly build an audience who is willing to pay and come see me do my thing and leave satisfied rather than opening up for another act.

Sophia Lenore: So, what’s your favorite thing to do when you aren’t writing/producing/singer, etc?

Della Miles: To be at home sitting by my lake watching the boats sail by, prepare dinner outside on the deck, or canoeing at night under the moon.

Sophia Lenore: What do you think is the best song you ever released and why?

Della Miles: ALL MY LIFE, because I am still living it as I wrote it.

Sophia Lenore: What’s your motto or the advice you live by?

Della Miles: Not to have all the money, but to have money all the time.

Sophia Lenore: If you can have your fans remember one thing about you what would it be?

Della Miles: I am approachable.

Show some love and check out Della Miles songs, albums and videos or buy some tickets!