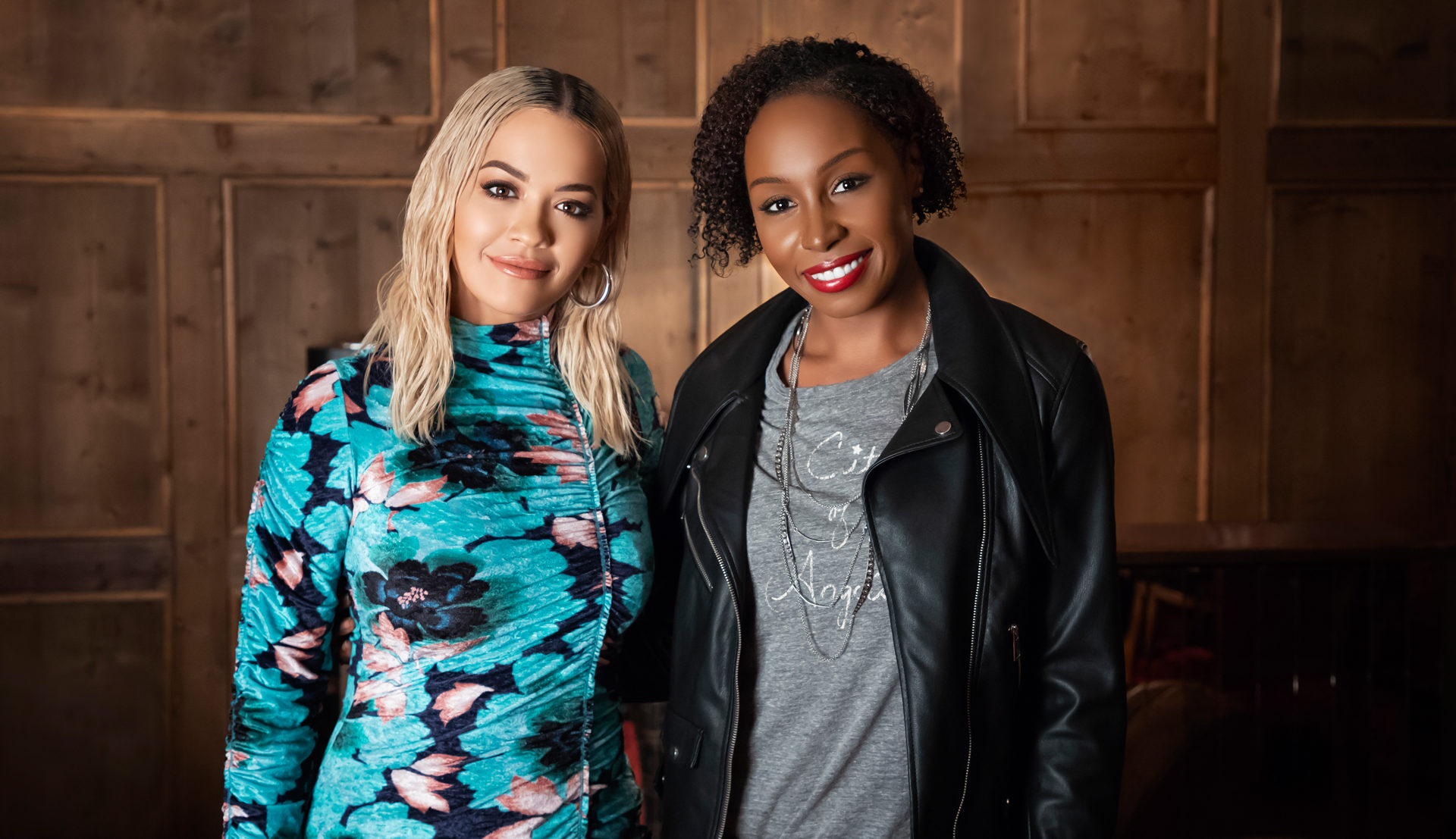 During the Rita Ora interview she talks about the significance of some of her biggest songs and reveals which song was her journey. Watch the video!

Sophia Lenore: Hello beautiful! So it’s finally happening! I couldn’t wait! After I heard this album I was like please, please put her on my list of celebrities to interview this year, haha!

Rita: Aww, I’m so happy that we got to do this! I’m really looking forward to it. I’m just really happy that this album is coming out. I’m finally, finally doing what I want. So, November 23rd, Phoenix comes out!

Sophia Lenore: I just want to ask you a few questions about some of the tracks.

Sophia Lenore: “Anywhere”. That is such a dope easy breezy track. I love it so much!

Rita: Thank you, thank you.

Sophia Lenore: Do you feel like this song personifies your signature sound?

Rita: Yeah! “Anywhere” is about my journey of growth. This whole album has an undertone of what my life has been like and what I’ve been through.

“Your Song” is about my frustration of feeling sad every time I hear a sad song I’d just say I just want to hear something good!“

Ed Sheran was like: „why don’t we just do a song about you complaining about sad songs?“ And I was like ok cool, good! Haha!

Then my second one, “Anywhere” is about my passion for wanting to go – or feel like I wanna run away from something.

This song “let you love me” is about my frustration of not letting people in as much as I would like to. So, there is a little bit of a life line that goes through this album.

Sophia Lenore: I see that…you are very multidimensional on this album, I love it so much. I notice that there is a bit of a contrast between “Let You Love Me & Your Song”. On “Let You Love Me” you’re a little more coy…but on “Your Song” you’re like huh, I’m done with it, I’m over it.

Because it’s been like such a journey to get to this album! It’s been 6 years to be honest. And it’s been so much like a crazy rollercoaster ride that I feel like I’m reborn, ya know.

Then “Your Song” blasted on the scene! Like, I Don’t Wanna Hear Sad Songs…and it all went into that moment. Then ‘Let You Love Me’ is more like my most vulnerable side, you know. I haven’t put that much music out that I think is this vulnerable for a while.

Sophia Lenore: That’s my favorite song on the album.

Sophia Lenore: I’ve been listening to that non-stop. Singing it off key but hey! Haha!

Rita: Haha! Don’t worry, haha. All my DJ friends are like, you know what?! I really fuck with this song. Yeah with “Let You Love Me”! There like I love the drop! And I’m like thanks! So I’m like yaaaaa! Hahah!

Sophia Lenore: Haha! Yeah, Me too. I love it to death. I’ve been listening to it even before I was given the full album to listen to I was just like I gotta listen to this 10 time first. Haha.

Sophia Lenore: “Girls”, I have to say. No shyness there!

Rita: No hopefully not. No…We shocked a few people obviously!

Sophia Lenore: I love it… I feel like it’s kind of a liberating song about standing in your truth.

Rita: That is very refreshing to hear!

Yes, my point, or intentions with this song is from feeling like I was a voice for people who didn’t have one. Whether it was for religious purposes or if they can’t tell their family who they really are. If they were gay or whatever it was, I don’t know.

I just felt like I have a lot of friends that went through that and I felt like I needed to help people find their confidence and truth. For me, “Girls” was my truth! That was my story! My journey and I’m very proud of the fact that I spoke my truth, which is what this album is!

Rita: This album is really, really honest and pure! You know, some people saw it in a different way…and some people were like yaaaaa thank God people are speaking more openly about this!

You know, it’s what it is you know, freedom of speech, know what I’m saying? Not everyone gonna want to come to the party. But the people that do, trust me are gonna have the best time of their lives!

Sophia Lenore: And I have to say I had the best time of my life listening to this album!

Sophia Lenore: I have been listening to it daily and I have to say that everyone in my family is getting it for Christmas!

Sophia Lenore: That is for sure! Thank you so much for your time. Thank you for this album. And thank God for Rita!